I just wanted to start this post off by saying a MASSIVE thank you to those who read and enjoyed my last blog. I was so apprehensive to write one but all your amazing messages and feedback have meant the world and I’m so glad you enjoyed the post! Sooo..as promised, heres another one about my recent trip to Turkey.

Turkey is a place that I can honestly say second to England is home to me. My parents and I counted up that we’ve been at least 20 times either together or with other friends. Once again, off we went on our little adventure back to our fave place! I think its the same for everyone when you get to the airport- everyone splits off to either shop or eat (I vote eat!) And I don’t think a plane journey is quite complete without Sour Cream & Onion Pringles. I have to say I was veryyy content with my plane snacks (which lasted about 5 minutes unfortunately when sitting with mum and dad!)

One thing I love landing in a hot country is how the heat just hits you all of a sudden as soon as you get off the plane. No matter what time of the day/night it is, it’s there. By the time we landed it was about 1am and then we had to wait for our hire car as my dad loves to drive abroad. However I must say driving in Turkey is a very different experience indeed. Their driving habits there are CRAAAZY but the maddest thing of all is that- basically, at night they literally switch the traffic lights off to just flashing amber. No joke. Which means everyone literally goes at the same time. Definitely not the safest rule but I really did find it funny.

The hotel was gorgeous. I feel so happy and content by the sea which is where I spent most of my time. The hotel was an all inclusive which meant lotsss of eating. Honestly, I swear I wasn’t even hungry half the time I just ate because it was so nice! After loving it so much in Azerbaijan, mum and I went for a girly spa day at the hotel for a hamaam and massage..it just really isn’t the same in England! 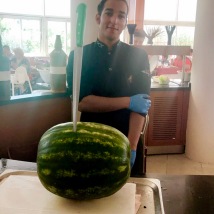 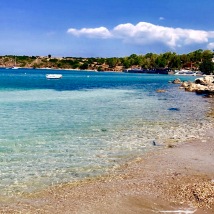 A few days into the holiday we decided to stay at our place in Akbük. Being there brought back so many memories for me. I’ve spent so many summers over the years with so many different amazing people there. The thing I love about Akbük is that there aren’t many tourists- it’s where Turkish people from major cities have their holiday homes. There’s a marina with gorgeous yachts and restaurants where we had dinner the nights we stayed there. About 20 minutes away is the historic Lake Bafa Nature Park surrounded by local restaurants selling traditional Turkish food such as Gözleme in small huts. We visited the lake one evening and justttt about made it on time to see one of the most stunning, magical sun sets. 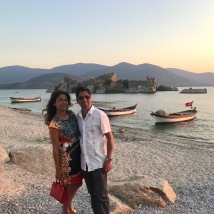 Next stop was Bodrum. My mum finally learned how to use Apple music which meant that alllll the way I had to listen to 70’s and 80’s Boogie tunes through the Turkish countryside (HELP!). At least the scenery was breathtaking though. It’s amazing how simple and traditional the rural areas are in the mountains of Turkey in comparison to the big modern cities. After what seemed to be the longest hour, we finally checked in at The Rixos Premium Bodrum. The whole lobby area was decorated in a very Da Vinci, Italian renaissance theme with a modern twist. It was stunning. There were so many things to do at the hotel and with the hotel being another 5* all inclusive, the choice of restaurants was too impossible! We opted for the main restaurant for lunch and decided to chill at the beach bar. 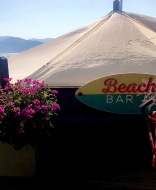 If you know me well, you’ll know that my legs often resemble a little boy who plays out on the streets- I don’t even know how the bruises are there half the time, I’m so used to bumping into things it’s just become normal to have them! However- this time was different. I decided I wanted a picture sat on a high banister..fair enough. I then decided I wanted to sit on the lower rail, thought I’d be quick and thread my leg through and ended up. Bang. on. the. floor. You know when you’re in so much pain you actually start laughing! I actually couldn’t sit for days.. it was terrible!

But for me, nothing was going to ruin that day. I was having so much fun with my two favourite people, the pain could wait. After another glorious sun set we opted for the buffet dinner. The choice of food was endless. I don’t think I’ve ever eaten so much! Literally every dish I saw, I wanted to put on my plate. My dad decided to go to the room after dinner which meant girl time with my mum! We decided to hit the party at the promenade. It was such a chilled vibe there, everyone was so talkative and friendly and just out to have a good time. Later on they put on a spectacular display of fireworks at The Bodrum. It was a truly memorable day for me. 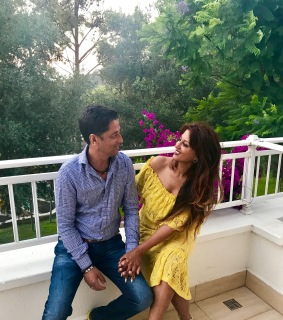 Ah breakfast, my favourite meal. If you’re wondering what’s on my plate it’s a cheese omlette, with spicy turkish mash, fried potatoes, chips and then a little bit of salad (pretending to be healthy ;)) followed by time in a private cabana and a swim in the warm sea. No more bruises this day- thankfully.

Processed with VSCO with c1 preset 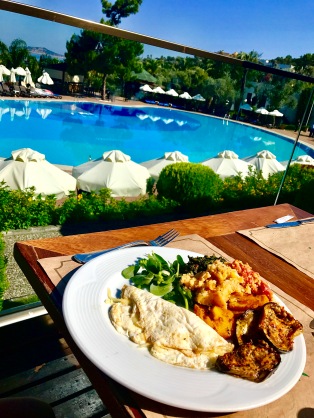 Our next and final destination was Izmir- an industrial city by the Aegean Sea. We stayed at The Hilton which is one of the tallest buildings there and the views were just spectacular! The bazaar there was so old fashioned and timeless. If you ignored any phones or technology you could be in any period of time, not a lot has changed there over the centuries. There was nothing really there for us to shop round for, we just took in the atmosphere and enjoyed traditional Turkish food. I’m a massive fan of the bulgur rice there, I just can’t seem to get it the same when I try making it over here!

We went to a town called Çeşme for the day where we visited the castle and had lunch at the beautiful Yacht Club. We then went to a beach in Alacanti where there were so many wind surfers and paragliders it was so colourful and spectacular! On the beach there was this really cool hipster beach bar where we sat and had chips. Yes I know it was after lunch but it would have been rude not to! Like Akbuk, it was full of Turkish people and we loved being the only tourists! 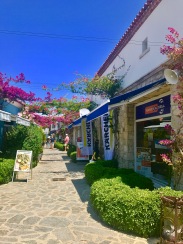 Overall, yet again I had an amazing time on holiday. It’s the most amazing feeling going away with your parents as though you’re travelling as three best friends. The amount of laughs and adventures we had together made this trip one to truly remember.

I hope you enjoyed reading this post as much as the last!

2 thoughts on “My Time In Türkiye”